two shakes of a dogs tail... 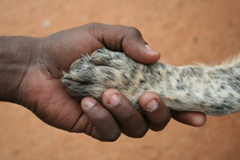 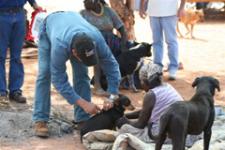 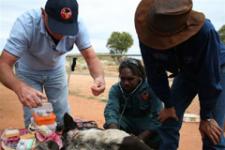 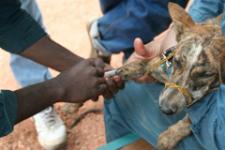 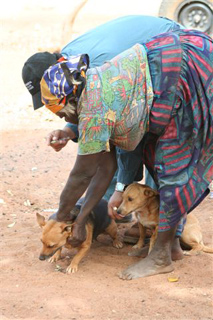 Dr Aaron has been on numerous voluntary trips to remote aboriginal communities in WA in conjunction with AMRRIC (Animal Management in Rural and Remote Communities) and Murdoch University.

He has worked with local environmental health workers based in The Pilbara, The Goldfields, Warburton and Warakurna. These teams service a vast area over a few days and can travel as far inland as the Northern Territory border. One of their main jobs is managing the welfare of the large number dogs in these communities. These dogs are used for companionship, warmth, hunting, security and in some places, spiritual ceremonies. Although this mainly occurs further north where ‘dog dreaming’ is customary. However unmanaged dog populations can cause a range of issues such as overpopulation, dogs becoming aggressive in packs, creating noise at night and carrying diseases such as scabies, worms and streptococcus. The environmental health workers are trained to treat the dogs for parasites, inject the dogs with contraceptives and if needed, euthanase very sick or injured animals. They also play an important role in helping to raise animal welfare issues within the communities. Working alongside the community workers, visiting veterinarians and nurses perform sterilisations and other vital surgeries. This helps to control populations and improve the health and well-being of the animals and environmental health conditions in the community.